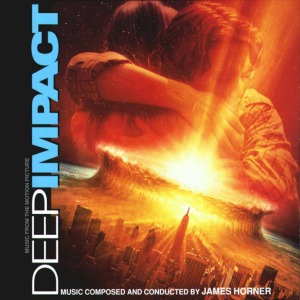 Recently, I re-watched Deep Impact, one of two “asteroids-going-to-hit-Earth” movies that came out simultaneously (the other being, the poor-in-comparison, Armageddon).  Deep Impact builds slowly, and has amazingly drawn characters.  It’s worth it to watch just to pick up some tips on character development.  These are my thoughts after watching it.

1.  Every character in the movie has their own worries or concerns BEFORE their first scenes.  Jenny Lerner (Tea Leoni) wants to make a name for herself as a reporter and move up faster than the news organization’s corporate ladder will allow.  Leo Biederman (Elijah Wood) is falling in love.  Jenny’s mother (Vanessa Redgrave) is achingly going through the news of the marriage of her ex-husband to a younger woman; and the ex-husband has just married, and in the process, estranged his daughter.  Others are having babies, concerned about parties coming, or debts, or something.

It’s very easy for me as a writer to create characters who come into my scenes to do my bidding and then exit, stage left.  This makes them one-dimensional and cardboard–it also makes them a bit robotic, there to get my plot done for me.  BETTER are characters who have had something JUST happen to them when they come into your story, in other words, they are recovering from a cold, they are dealing with bills, parents passing, daycare that’s too expensive–something.  These scenes were really short, but they helped me care about the characters quicker because they had outside interests, outside agendas besides the imminent needs of the PLOT.

2.  They make CHOICES based on their previous problems or worries.  I was very surprised to see what kinds of choices they made, choices bound by the plot, yes, but could only have happened because of the natural cause-and-effect of the plot.  Someone chooses not to be saved; someone chooses to rescue someone else; someone kills themselves; each new choice brings about other choices–but choices that build on one another.

Sometimes writers (like me) create plots that are heavily structured because of what we want to see but we don’t quite take into consideration the kinds of choices  the characters would make—we make their choices from who they are in the beginning, not who they are BECOMING as the story progresses.  Events change us, and I was reminded that characters in the movies could not have made certain choices without having gone through the events in the movies. It’s a good thing to remember that the events of your story change your characters–and they do it gradually.

Change doesn’t happen because of one event, usually.  It happens because we are exposed again and again with events and choices.

3.  Characters are good and bad.  Good characters make bad choices.  I think the characters of Deep Impact are rich.  When Jenny gets to be the television anchor, she doesn’t realize that it’s a mixed blessing.  She has a moment in the conference room as everyone leaves, and she tries to make it up to the other woman who outranks her, because it’s obvious that Jenny’s jumped rank, but they don’t connect, and Jenny turns her face to the table and smiles, just a little.  It’s a great character moment.  She yells at her dad who is trying to reconnect with her as the asteroid heads to Earth–but he comes back, again, to try and win her over, but not too heavy-handedly.  And this is enough to convince her to do something sacrificial and “good”–well that and a few more essential events.  But it’s all believable and logical.

Our characters will not be hated for the little human things they do.  They will be believable if you give them time to think and make choices.

4.  The special effects were saved for the last minute, and real people’s faces–their humanity–are the center of the cinematography.  Look at how often the screen fills with faces.  Even in the trailer below (it reveals a lot of Spoilers!–but if you’ve seen the film, it’s okay)  But this cinematographer knew to film faces–so many real faces.  Too many disaster movies spend all their money on blowing up New York.  This movie does destroy New York–but it’s the last possible option–it’s not the whole film.  It’s merely a small sequence.  The majority of the film is about people preparing for disaster–trying to escape what doesn’t have to be inevitable.  Brilliant, brilliant writing.  This is how you should do a disaster movie.

Watch Deep Impact again and see what kinds of treasures it has in the writing.  Writers Bruce Joel Rubin and Michael Tolkin are awesome writers on this film.  Rubin has credits for the screenplays to Ghost and Jacob’s Ladder (and sadly, a disastrous film, The Last Mimzy) and Tolkin has writing credits for The Player, Changing Lanes and The Haunting.

Watch a homemade Trailer that I think emphasizes the human quality of the movie here (again there are SPOILERS there).  The original trailer emphasized the disaster movie quality…with annoying sound effects.  Didn’t do the movie justice.  You can pick this up at Walmart for less than 10 bucks, or rent it on Netflix.

One thought on “Characters with Something On Their Minds: the brilliant writing inside Deep Impact”