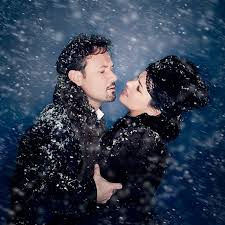 Most Americans already agree that the new law banning gay expression and propaganda by Russian Prime Minister Vladimir Putin is draconian, oppressive, discriminatory and against the human rights of the LGBT community.  The United Nations yesterday (August 19) issued a statement to Russia and Moldova to repeal those laws. Leaders of countries, including Pres. Obama, have made strong statements against those laws.  Countless individuals have taken stands.

Which brings me to the MET Opera, and the current controversy over a petition that is trying to force the MET to turn their production of Eugene Onegin into a political statement for gay rights.  The gist of the argument is that:

b.  Anna Netrebko (soprano) and Valery Gergiev (conductor) are Russians who have vocally supported Putin in the past.  Let’s make them prove their loyalty.

c.  The oppressive law from Putin needs a huge American venue to vocalize our anger at Russia.  The Met looks dandy.

Some have already pointed out that the MET is not a battleground for arguing a composer’s beliefs and opinions.  Who would perform Wagner if his beliefs were paramount to enjoying the music?

Just because a) Tchaikovsky is a gay Russian composer doesn’t mean the MET has to take a political stand.  The nature of Art is that it is in itself a political stand.  Let Eugene Onegin speak for itself.  It’s a powerful work.  Onegin’s disrespect for a whole group of people makes him pass up true love and end up alone.  That speaks volumes.

The petition names the conductor, Gergiev, and the diva soprano, Netrebko, as “supporters in the past of Mr. Putin”.  In the past, I have been a supporter of US policy.  Does that make me a supporter of Bush?  Or current laws produced by Congress?  No.  Does that make me like everything that Obama does?  I can’t go to Canada and tell them that I agree with how Obama is treating Canada economically.  Netrebko, the soprano, has voiced her LGBT support (prompted by the threat of LGBT backlash!).  Are we requiring a show of loyalty to gays?  Prove to us, we seem to say, that you support gays by denouncing Putin and dedicating your performance to LGBT people.  That’s like asking Obama to wear a flagpin to PROVE he’s patriotic and that he loves America.  Why can’t he just say he loves America?  Because some people want him to bow to pressure.  It was silly then; it’s silly now.  Punishing Netrebko and Gergiev based on PAST support of Putin–when they have said nothing in support of those current anti-gay laws–is wrong.  It’s bullying.

The Met Opera c) is not a handy vehicle for your political expression.  It can be a vehicle for political expression by the director of the Opera being produced, or by the MET itself, but it doesn’t have to be.  It’s their choice to show support, not our choice.  If it’s forced, it’s not real.  Further: The Art itself is powerful.  Adding statements to the art diminishes the art.

But what have you done for me lately, Met Opera?  What the MET already does for LGBT people:

The Metropolitan Opera gives LGBT people the opportunity that Russia never gave Tchaikovsky: the ability to be an out performer, an out stagehand, an out composer, costume designer, etc.  It gives LGBT people jobs and freedom of expression.  Russia still DOES NOT offer this.

The MET has performed operas with gay themes:  Billy Budd for example.  Sure, I’d love it if directors substituted men in women’s roles to shake things up a bit (as easily as those who direct Shakespeare do), but composers have written for ranges, not genders, specifically.  Music must sound harmonic and beautiful.  You just can’t have, usually, a man replacing a woman in a role.  However, the opera does often cast women in male roles that sometimes require higher vocal ranges–and so, onstage, one gets to see what looks like a lesbian romance (see Anna Bolena, for example, where the man in love with Anna Bolena is played by a woman, and Mozart’s Clemenza di Tito, and multiple other operas I have seen).

At the MET, they would have no problem staging and performing a well-written opera WITH gay themes.  Write a Billy Budd.  Write a lyrical, thoughtful version of the AIDS crisis, or of Fred Phelps, or Greg Louganis, or Ellen…. the MET might produce it on its artistic merits.  Try that in Moscow.

They are already a gay ally.  Forcing them to dedicate the night to gays in Russia, or turning over proceeds, or making Netrebko and Gergiev meet and greet with LGBT people to prove loyalty is too much.  It’s like saying, I don’t believe GLAAD cared enough for Katrina victims.  I’m going to require them to turn over proceeds of GLAAD events, verbally show support, help out in the clean-up of Katrina, etc.  Or maybe I should start requiring all American opera singers to denounce the oppressive economic foreign trade policies of Obama whenever they perform in an international venue.  Will that be enough?  Are performers required to make political statements before every performance?  No, they are required to be artists and to be damn good at what they do, not appease the morals of majorities or minorities in the causes they have.  I’m happy if Sting says something in support of a cause I care about, but I won’t stop buying Sting’s CDs if he doesn’t verbally say something I want to hear.  I want to hear him sing.  I want to hear Anna Netrebko sing.

I find the current culture of celebrity/organizational bullying (especially by the LGBT community) to be unacceptable.  We have far more effective means at our disposal besides bullying.  We have targeted a Latvian producer of vodka, Stoli–whose CEO is a gay ally–to dump in protest of Russia.  This neither hurts Russia, nor does it hurt an anti-gay supporter.  It hurts an ally.  The argument that this raises the issue in the consciousness of your average person is unproven.  No one can say that the dumping of Stoli is solely responsible for raising awareness of the anti-gay Russian policies.  The news has reported on this quite a bit.  And they got it from Twitter or from their reporters or from other sources.  They didn’t have to watch someone dump Stoli to suddenly become a capable reporter.  It’s a argument fallacy to say that one thing causes another if there is no direct proof.  (see post hoc ergo proctor hoc in any English textbook)  A graph of awareness is not proof of direct cause.  Anymore than I could say that Dan Savage’s tweets alone caused the awareness to shift.

Yes, I know it’s a petition, not a law requiring compliance.  But there’s been talk of booing the performance, of holding the MET accountable, of withdrawing support, and right now creating a lot of bad media about the MET.  Asking me to help is one thing: berating me when I say no is not.

As a gay man, I appreciate vocal support.  I do not require it from every person who comes on TV, every ad, every organization.  Sometimes, organizations show support by BEING supportive.  Not by wearing a rainbow pin.  Opera has given us music, story, relationships, history, comfort, excitement, Art in the highest form, allowed LGBT artists to be themselves (in this country, definitely)–it has done more to transform LGBT lives for hundreds of years than one gala night of verbalized, forced support could ever do.  And if the MET is forced to comply with the oppressive tactics of some in the LGBT community, then our community will become the dictatorship, limiting freedom of expression, and forcing compliance and obedience in everyone around us.  If we become those who judge others based on whether they promote and shout out their support of us, then we have proven that we are a fragile community, reliant on fear and intimidation to get our way, always insecure even inside of a country that is on a steady march to full equality.  We will have proven that Bush adage: “If you are not with us, you are against us.”  That brought us a war.  In that moment we force idelogical obedience, we become the Putins.