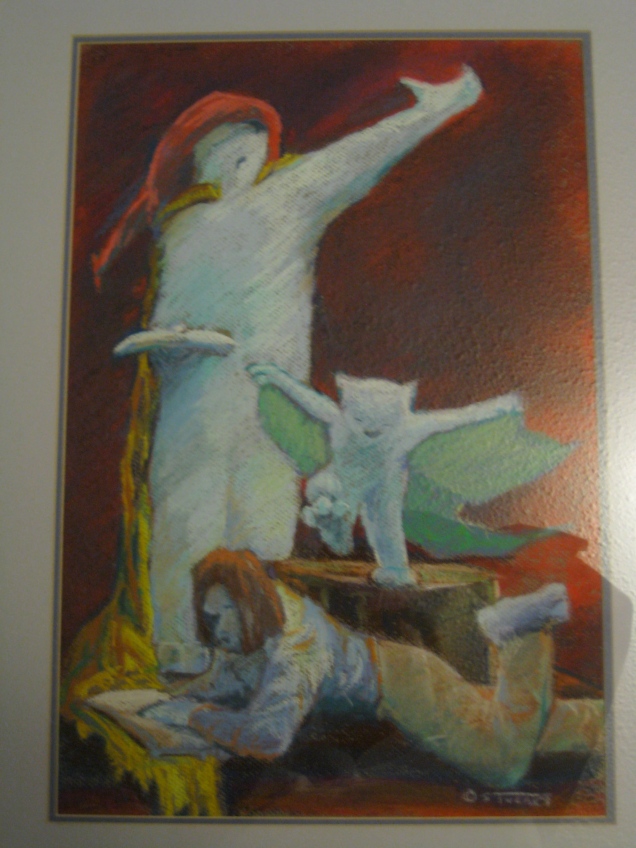 I used to be a cartoonist.  I had a comic strip for 4 years in the local student paper, The Maneater, at the University of Missouri.  I found that a visitor to Whitehorse had kindly uploaded some of my strips from a book called Captain Bly, 1994, as a way to show off my nifty book.  Thanks, Aniko!  So I decided to upload a short 6 page story not included in the book.   (The pic on the left is actually a pastel of the same bears–these bears are reciting Shakespeare’s The Tempest)

I’m still working on those bears.  They appeared a little in my short story “Lemmings in the Third Year” and I’m trying to work on a novel about them.

Below is a short story I did for a Comic Strip 101 class I had with Frank Stack, an artist and cartoonist teaching there.  He is credited with the first underground comic book, The Adventures of Jesus.  He was a great teacher.  Had us draw comic strips and pin them to the wall for critique and then he would go about busting us!  He thought we were a great class though.  Full of potential.  I’ve been playing with my cartooning roots, and working around in some other mediums.  But here is that short story.