I was weeding a garden I share with friends, and was struck by how efficiently and effectively weeds live. I was in the carrots, a flimsy mass of ferny tops, trying to find the source of a weed tendril that I had in my fingers. I’d pulled some before–and they snapped off easily–but I’d never pulled up the root. I’d just yanked of an arm or link to the weed chain. It seemed that this particular weed gripped in several places, poking a very small root from mulitple tendrils. Like Bridge columns. It made pulling the tendrils ineffective–as I only removed a bridge link. Inevitably the weed grew back because the source was still there. Like a Hydra. 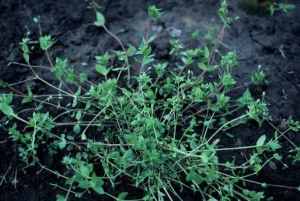 Carrots are pretty well single rooted, as far as I can tell, designed maybe to fatten the main root so they can be plucked—sorry, that’s a bit human-centered even for me. But my point is that the carrot can be pulled up easily–thank god it isn’t built like a weed where it would have to be harvested with a backhoe. Or you might never even find the tasty root.

Anyway, there’s a metaphor coming: I was talking with a friend about careers, how life seemed to alter our plans and that the best people seemed to be able to change careers easily. The most interesting people we knew were people with their root systems in multiple places–who developed multiple skills–so that when a main source of income was pulled up, they could still survive on another skill set.

Here in the Yukon, the system seems to favor living rhizomatically. There are world renowned lepidopterists living as business administrators, guitarists who are cooks, romance writers who are policy analysts. I’ve watched folks who have prepared for one career be able to jump into something else entirely when the soil was rich for the secondary career and not the first: immigration officers becoming film producers/directors.

Seems to me that focus can be great–can hone a person. Tiger Woods is not living rhizomatically. But then, not all of us, perhaps, have the time/skill/etc. to be Woods. More often than not, those who have focussed on one career have been flustered when that career isn’t producing, when those doors shut, or when forces gather to stop that career–bad bosses, coworkers, rivals, spouses. They may have no other skill sets to “fall back on”–so they doggedly pursue their career goal beyond logic, or they settle for something they have no skill at all, nor passion. They followed the advice of Jack Palance in “City Slickers”–find one thing you like to do and pursue it. And that’s a good philosophy, but I’m seeing that a great back up is having several passions, several skill sets. Like that weed, you are hard to pull up, hard to damage because there is no central root; any runner can sustain the weed. Therefore, any of a multiple skill set might sustain a person.

Learn French, puppetry, work with kids, volunteer in a nursing home, paint, read books on Tibet, listen to avant garde ethereal music—I don’t know, but finding multiple passions, unlike the one finger that sustained Palance, might sustain you.