It was 1978.  I was in fourth grade. I wanted to belong to something so badly. I was invited into my first club at school. Now, understand, our family had been Navy for 20 years, so in my young life, we moved around a lot–every year, sometimes. I had already lived 6 places on two coasts, and I was 9. So being invited into a club was a huge thing! It meant I was accepted–even as an outsider–even in a new small town in Missouri. A beautiful town.

I don’t know if it was a joke played on me, or not, this club–this acceptance. If it was real, then it gives me chills now. “Yes, you can be in our club,” an older boy said, someone who was in seventh grade, maybe. He was so tall. And I was so hungry for acceptance. He knelt down and he drew something on the front of my shoes. The new symbol for our club, he said.  When I went home that day, I said, “Mommy, I’m in a club! I’m in a club!” And I must have been beaming with that acceptance.

My mother took one look at my shoes–the only pair of shoes I had for school because we didn’t have a lot of money. And it was in ink, this thing. The boy had drawn a swastika on each of my shoes. I thought it was a cool club symbol because I was young, but my mother saw it for what it was.  She was shocked.  She knelt down to look at it.  She could not erase it–she must have known it would show up anyway. So she carefully made it a box, a four squared box. I was upset that she had done that–at first. I don’t remember if I cried, or tried to stop her–She was ruining the club symbol! She was marking on my shoes! — I’m sure I put up a little fight. “No honey. Not this symbol,” was what she said to me. “I don’t want you in that club.” I don’t know if she explained to me what that symbol meant–I think she must have tried.  But I can’t remember.  I did it for my mom more than for my fourth grade understanding of hate symbols.  It meant so much to my mom, that I didn’t pursue that club.  I don’t even remember if the club was really a club, or some cruel joke they were playing on me. I never saw any club meetings, any groups with swastikas on their arms or shoes. Never.

My shoes had a foursquare box on them for the rest of fourth grade. I made up a new club for people with glasses, and I forgot about the old club. We had three guys in the glasses club.

It’s our job to not let little children (or anyone) have to see that symbol everywhere.  Even if they don’t understand why.  This symbol is getting a revival.  If you see it, be vandals and change it.  Don’t let that symbol stay.  It’ll burn into the walls.  It’ll burn into our minds.  Turn the swastikas into boxes, Windows Logos, or brightly-colored boxes. Turn them into pinwheels, gift boxes, chessboards.

Turn them into windows that look out onto a better America. 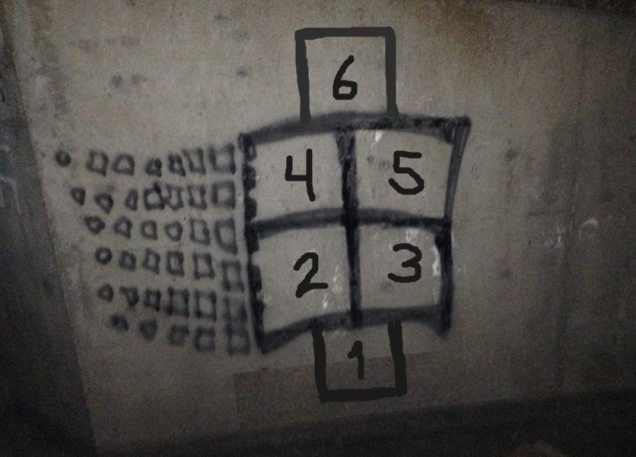 (this post was inspired by Natalie Laurel’s Facebook photo of the Windows logo shared by many. I know the original might be photoshopped, but buy a can a paint anyway, eh? )

5 thoughts on “My Mother, My New Club, and the Swastika on my Shoes”